The Buick Heritage Alliance is organized with eight directors and an office manager: 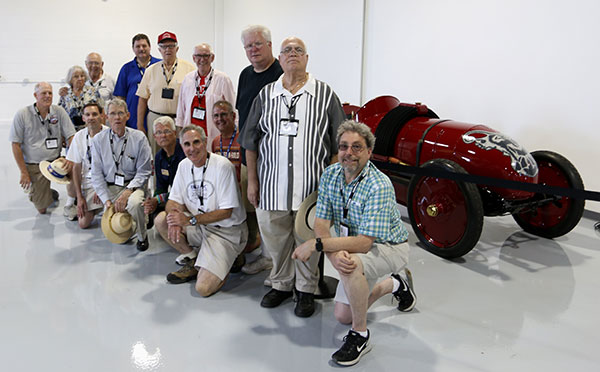 The BHA’s board of directors, along with many members of its board of governors (BOG), gathered in Allentown, Pennsylvania in July, 2016 for the 50th anniversary of the Buick Club of America, held at Nicola Bulgari’s NB Center for American Automotive Heritage. The 1910 Buick Bug Racer is shown in the background.

Three of the BHA's eight directors have served the Buick Club of America as national officers. Guy Bennett manages a Buick dealership in Wayland, New York that has been in his family since 1922 and is the oldest continuously operated Buick dealership in the nation. Kevin Kirbitz is an accomplished GM historian and author, recently co-authoring the award-winning and critically acclaimed book, “David Buick’s Marvelous Motor Car: The men and the automobile that launched General Motors." All of the BHA's directors are long time members of the Buick Club of America and bring a wide range of professional and business expertise to the BHA's operations.